On the right track…

Arnold Ridley’s 1923 comedy thriller is on the road again in this pleasing production from Talking Scarlet. Now a period piece, this is an old-fashioned slice of Englishness with shocks and laughs along the way.

A group of passengers is stranded at a remote Cornish station – despite warnings from the stationmaster (Jeffrey Holland in full-on character mode) and hearing the local legend, they settle in for the night. The arrival of strangers and the apparent unfolding of the ghost story crank up the tension.  Mind you, we have all waited for trains that mysteriously never turn up!

Holland is at home in this creaky old piece, and so is Ben Roddy as Richard Winthrop, handling the “Now look here”s of the dialogue as though people talk like that all the time. In the mouths of others, the dialogue doesn’t sound as good: you need to heighten your performance in order to carry orf this kind of thing. Insufferable prat Teddie (Tom Butcher) is therefore not as ghastly as he could be, which dilutes the impact somewhat of the eventual reveal of his true identity. Newlyweds Charles and Peggy (Chris Sheridan and Sophie Powles) could perhaps do with a little more of the caricature in their portrayals in order to maximise the fun.

As I said, it’s all rather pleasing even if it does lack a little oomph at the start. Director Patric Kearns gets a few good jumps out of us, and proves that even if you know what’s coming, Ridley’s play can still work a treat. 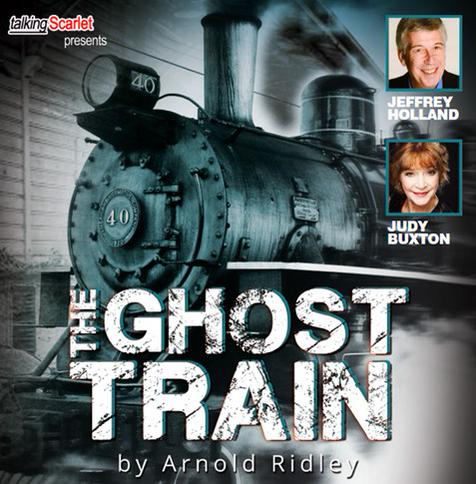 I remember Richard Gordon’s Doctor books with affection, along with the films starring Dirk Bogarde and the TV sitcom with Robin Nedwell and Barry Evans. The stories are forerunners of Men Behaving Badly and The Inbetweeners , involving as they do men striking out on their own and trying to fit in to a hierarchical society.

What could have been a pleasant, fairly innocuous evening, a chance to look back, to reflect on how humour has and hasn’t changed in sixty years – and by extension, how society has and hasn’t changed – was ruined for me by the casting of comedian and ‘personality’ Joe Pasquale in one of the central roles. It’s like someone has dropped a baked potato in your trifle.

He kickstarts proceedings with an unnecessary warm-up in which he ingratiates himself with some of the less discerning members of the audience, and then patronises us with a rambling spot of exposition. In a rare moment of self-awareness he invites us to suspend our disbelief and accept he is portraying a medical student. Yes, Joe; we’ve been to the theatre before. We know how it works.

Suspend your disbelief from the highest bough, but you can’t get over the fact that Pasquale is too bloody old. Even though his character has been lingering at medical school for twelve years that would put him in his early thirties. But even if you let that slide – one can’t help one’s age, I suppose – the man makes no attempt at characterisation. He delivers his somewhat plummy dialogue in that distinctive high-pitched mewling voice of his with no concession to the accent or social status of the part. “He went to one of those posh schools” claims one of the others. Really? It must have been closed that day. This role calls for a Leslie Phillips but we get Mr Punch instead.

Harder to swallow and impossible to stomach is his kissing and canoodling of his French girlfriend Vera (a stunningly beautiful Emma Barton). It is quite revolting to behold. I begin to suspect that this production is something of a vanity project for Pasquale. If it isn’t, someone somewhere clearly wishes to brown-nose him. It is baffling.

With Vera French and Allison McKenzie’s ebullient Ozzy an Australian, the play gives us interesting presentations of women and sexual politics. Because these two are foreigners, they are sexually liberated and liberal with it. The English women – the Matron (a stone-faced Gay Soper) and her nurse niece Janet (Rachel Baynton)- are repressed and oppressive. Marriage must come before anyone else does.

Bursting into the guys’ flat is Sir Lancelot Sprat played by distinguished and respected actor Robert Powell. I know. Imagine Tom Jones with Jesus’s eyes. He raises the tone every time he appears but even he struggles to keep this balloon in the air. The contrivances of the plot, restricted as they are to a single set, are all too apparent. All of a sudden, the characters decide to rehearse a Victorian melodrama for a Christmas do. And so we get twenty minutes of extraneous nonsense with Pasquale “directing” and playing the moustache-twirling villain. Never mind my disbelief, my patience was being sorely tested.

As leading man, Simon Sparrow, sweet-faced Phillip Langhorne is very effective at portraying nervous embarrassment and a keenness to please his uncle Lancelot. Flatmate John (Tom Butcher – a younger, more palatable Nigel Havers) adds to the fun, aided and abetted by corpulent Peter Dunwell as obliging hospital porter, Bromley. This tug-your-forelock working class bloke tells us horror stories, albeit humorous ones, of what conditions were like before the NHS was founded. A chilling vision of the near future, perhaps… The play is a microcosm of the class system and would hold together were it not for the miscasting of Pasquale. I suppose he is a ‘name’ to draw in the crowds. Pasquale fans expect to see him being Pasquale. He should stick to pantomime. I certainly didn’t need him to step out in front of the curtain between scenes to fill us in with more exposition. That time has passed should be apparent in the writing. We should be able to work it out for ourselves with no trouble. I felt patronised and ready to put someone in the hospital.

All in all, the whole cast tackle this old-fashioned material very well – apart from one unsightly lump that needs to be excised.

Next up: King Lear with Mr Blobby. 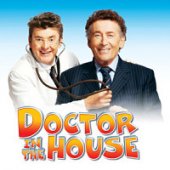