Best of a Bard Bunch

The Reduced Shakespeare Company is back.  Building on the success of earlier, brilliant shows (The Complete Works, The Bible) this time the premise is the discovery of a manuscript – beneath a car park in Leicester, of course – of Shakespeare’s first attempt at dramatic endeavour.  It turns out old Will had all his ideas at once and bunged them all in one play.  So begins a mash-up of Will’s most famous lines, scenes and characters.  If you’re a Shakespeare nerd, you’re in for a good time.

Reed Martin and Austin Tichenor’s (and Shakespeare’s) script is clever, bordering on genius, throwing out such wonderful clashes as Dromio and Juliet, Hamlet and Lady Macbeth, King Lear and the Three Witches… hijacking lines out of context, or rather giving them new context as befits the skit.  It makes you realise how many recurring ideas Shakespeare had.

If you’re not a Shakespeare nerd, you may be somewhat bewildered, but I think there’s enough daftness and comic invention to keep you laughing.  References to contemporary culture abound: Beyonce, for example, and a High-Street purveyor of baked goods that rhymes with legs.  The show posits a theory that Walt Disney is a latter-day Shakespeare – but, if you’re not a Disney nerd either, you might not catch all the jokes.

The cast of three work apparently tirelessly to keep the pace fast and the laughs coming.  Joseph Maudsley’s little mermaid Ariel is a joy, James Percy makes a formidable Lady Macbeth, and Michael Pearson’s ukulele-strumming Richard III is a scream – but much of the fun comes from the quick changes and the surprising juxtapositions of characters and speeches.

The plot, such as it is, concerns a ‘merry war’ between Ariel and Puck, using their magic to interfere with characters’ lives.  It takes the Bard himself to appear as deus ex machina to sort it all out at the end.  The first act climaxes in a slapstick tempest, with audience participation – it is this kind of daftness everyone can enjoy.  Director Austin Tichenor doesn’t let the action stagnate and I wonder if a smaller, more intimate venue might assist with audience engagement – it would certainly save the cast a lot of running around; they have to cover a lot of ground to maintain the pace.

It is part of the company’s ‘brand’ to perform with American accents.  Somehow this makes their handling of the material crasser but no less clever.  You may not appreciate all the in-jokes and literary allusions but you cannot fail to admire the energy of this smartass show, performed by a trio of exquisite comic players. 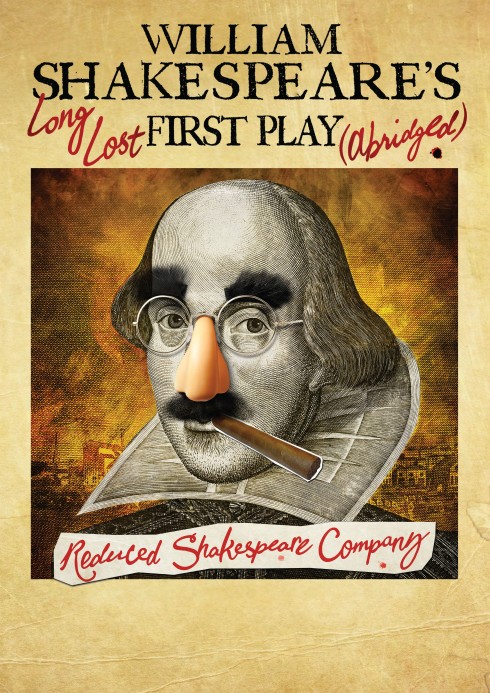 Based on a novel that predates Dracula, David Campton’s script has all the makings of a Hammer horror: the gothic 19th century setting, the pretty young girl at risk, the dashing hero… The twist is that the monster is a striking, apparently young woman who feeds off the blood of the locals, with her sights set on the pretty young girl as a long-time companion.   Horror has always used the monster to symbolise the ‘other’ in society. Here it says that sex that is not procreative, is evil, and saps the strength of those who indulge, weakening them in body and mind until they die.

Ian Dickens has assembled a fine cast for this atmospheric tale. Christopher Hogben is the dashing, resolute Captain Field and I enjoyed James Percy’s brief turn as creepy servant Ivan, clicking the heels of his magnificent boots together. Peter Amory is a gruff Colonel Smithson, a sort of Von Trapp character in a bad mood, and Paul Lavers is effective as the ostensible man of reason, Doctor Spielsberg.  Karen Ford gives solid support as the governess and Melissa Clements’s Lucy is suitably lively and engaging – until the ‘illness’ begins to take its toll.

In the title role, Michelle Morris is good as the commanding vampire, with a strident tone and a bit of Jedi mind control power in her hand. I would have liked a bit more light and shade to her or, alternatively, a little bit more camp. The production could do with a lot more camp, in fact. It’s played just a little too straight – and it’s a difficult mood to create and sustain, but all too easy to puncture. A portrait is carried on to show the likeness between Carmilla and a woman who has been dead for centuries. It looks too much like a publicity headshot rather than an oil painting of the period. The destruction of Carmilla at the end – mostly in blackout – is laughable with (SPOILER ALERT) lights up to reveal a naked skeleton lying on a tomb.

Now, if the approach had been a little more light-hearted, including the audience in the asides for example, we would forgive any clumsiness or ineffectual special effects. When Hogben comes on, in disguise as a gypsy, the show really comes back from the dead. I think the whole show should have been done with this larger-than-life gusto – we would be more willing to go along for the ride. This is the spirit, I thought, and I loved Beppo the monke

At the time when the story first appeared, vampires were brand new as a genre of popular culture. Nowadays we are all over-familiar with the lore: the mysterious marks at the side of the neck, the preventative properties of garlic… that it is nigh on impossible to scare us.

The play is therefore riddled with dramatic irony rather than suspense. Our knowledge is vastly superior to any of the characters.

Also, I would have tackled the lighting design differently. What you don’t see is always scarier than what you do. More spots and candlelight would have raised the play’s game in the scary stakes. And I would have nixed the plodding tick-tock music that covers every scene transition.

A good-looking production in terms of costumes and set, Carmilla could have been an entertaining evening of comic-horror. As it stands at the moment, it’s rather bloodless and toothless. 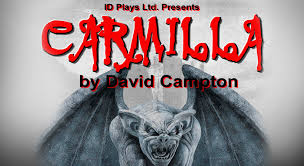 The inimitable Oddsocks Productions turn their attention to Shakespeare’s political thriller for this year’s summer tour. I was fortunate enough to see it in a rare indoors appearance – although getting wet through and a soggy picnic at an Oddsocks show is how I know which season it is.

The staples of every Oddsocks performance are all there, so audience expectations (they have built up a loyal band of fans) are met and exceeded. The silly wigs, props and puppets are out in force – two of the conspirators turn in rather wooden performances! The audience is cast in the role of revolting Plebs – hardly a stretch, in my case.

Director Andy Barrow leads his energetic cast, as Brutus, a bit like a lost Mitchell brother in a dress. The Roman tunics make the cartwheels and capers all the more risky. As usual, the five-strong company double and treble up on characters. Lawrence Kemp’s Cassius is earnest and serious, despite the wrangles with his breastplate and toga. James Percy’s Caesar is a radical interpretation – the bathroom scene is a highlight of this very funny production. Joseph Maudsley’s Mark Antony conveys the power of Shakespeare’s rhetoric in his famous eulogy, (All together now: Friends, Romans, Countrymen…) and still makes it funny – but this is what Oddsocks does. Much fun is had with Shakespeare but it is never at the Bard’s expense. Plot and text are the springboard for a particular brand of hilarity and this one is up there with their best.

The only female member of the troupe, Kathryn Levell is put to work as Calpurnia, Casca, 2nd Citizen, and the mispronounced Clitus (her other role is a Portia) so she gets the bulk of the dressing-up fun. As ever, the ensemble outweighs the efforts of any single actor and you get a strong sense that this is a group of people enjoying what they do.

Their trademark pageant wagon has never looked better with its backdrop of classical columns and Roman statuary, and is as versatile as ever. There is a massage scene that will make your eyes water and a ‘tortoise’ of Roman legionaries that will make you gasp. The whole thing is infused with fun and a theatrical savvy that hints at a sophistication underlying the groan-inducing jokes and knockabout comedy. I will certainly be meeting up with the tour again later in the run and risk hypothermia in some sodden corner of England and I urge you to do the same.

It’s what the summer is for. 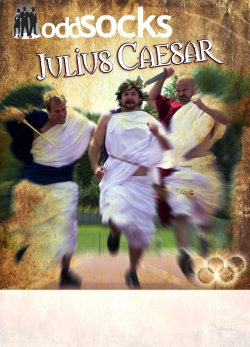