Looking Back in Anger

Mark is a 19-year-old with a temper – to put it mildly – in this production by Gritty Theatre of Jane Upton’s one-hander.  As the story unfolds, we learn of his situation and his past.  He’s unemployed, blowing his money on blow-outs from McDonalds and blow jobs from spotty prostitutes, his only respite from a living hell with his drug-abusing mother and the unfortunate baby sister at whom he directs his anger and frustration.  He plans to kill the child, just to get some peace but, the more we learn about him, the more we realise he won’t go through with it.  Will he?

He relives memories of happier times: a seaside holiday with Mum and Grandad – until the spectre of drug abuse ruins everything.

All in all, it’s a grim tale, ameliorated only by glimpses of humour, but a raw, fearless and intense performance by Dominic Thompson, who not only narrates the story but inhabits it, keeps us entranced.  Director Ian Robert Moule has Thompson utilise pub props and pub furniture to represent what’s going on in the account: and so, a spillage of lager becomes the young Mark’s pissed trousers; his hoodie becomes the prostitute; a toppled stool becomes the incapacitated mother the little boy desperately tries to dress… It’s inventive stuff and highly evocative but, of course, the power of the production comes through Thompson’s volatile presence.  Mark is quick to boil over into fury.  It’s not so much a short fuse as no fuse at all, and while there are quieter moments and even calmer moments, perhaps Mark could do with more time to simmer.  He seems to go instantly to 11, as though a switch is being flicked.  Thompson maintains the energy and intensity of his portrayal and is never short of compelling and credible in what is a bravura performance.

The material is gritty – as we might expect! – and we do feel for Mark, who has had to deal with matters no child should ever encounter.  The play finishes on a life-changing shock, a culmination of horribleness, that leaves us with a nasty aftertaste.  Upton shows us a dark side of society without offering a way-out, or a suggestion of how things could improve, and so Bones is ultimately bleak.  But the powerful presentation gives us something to admire in this gruelling, gruesome tale. 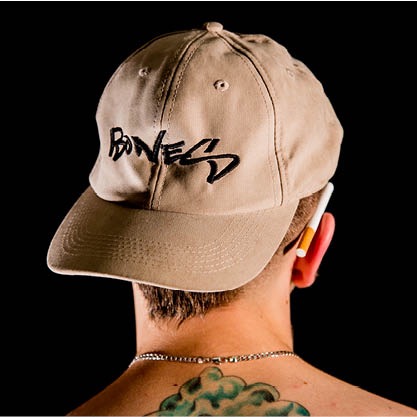 AN EVENING OF SEX

A small but discerning audience gathers on a chilly afternoon in a converted factory building in Birmingham’s Jewellery Quarter.  On offer is ‘An Evening of Sex’ but before we can get too excited, the programme notes reveal that the three short plays we are about to see are united by one factor: the characters do not have sex.  Frankly, I’m relieved.

First up is a one-hander, so to speak, written and directed by Dominic Thompson and performed by Jack McBride.  Martin wakes up hungover and handcuffed to a toilet.  It’s his first wedding anniversary and he’s missed a lot of voicemail from his Mrs.  He’s due to fly with her to Dublin and time is running out.  McBride holds our attention well – as the bottom falls out of Martin’s world, and the arse hangs out of his trousers.  There is some neat physical comedy here as Martin drops his phone into the bowl and has to fish it out again, using a sock as a glove, and McBride swaps in and out of the character of a cleaning woman with clarity and ease.  This is a natty piece of writing from Thompson, fresh and contemporary.  We never learn why Martin’s so-called mate has done this to him, but that’s a minor point.

Next up: a two-hander that charts the relationship between schoolfriends, Carl and Izzy.  We meet them at rehearsals for their annual school production, in a sort of Neil Simon Same Time, Next Year kind of way.  In four scenes, we see them grow up before our very eyes, from immature kids eating sweets and playing with Matchbox cars, to young adults, catching up with each other, both having their own lives.  Tilly Farell-Whitehouse undergoes quite a transformation in terms of look and attitude as the earnest, sweet-natured Izzy, quoting her mom and gran as the ultimate authorities on just about everything.  Dominic Thompson is equally credible as the wayward Carl, for whom school is not the best place.  Writer Michael Southan leaves it to us to fill in the gaps between the scenes, keeping the exposition of each scene to the minimum, and this works very well.  It’s sweetly played, and nicely paced by director Ian Robert Moule.  One of the mission statements of Gritty Theatre is to put West Midlands voices, West Midlands stories on the stage.  One of the advantages of the local accent is it readily lends bathos to any statement, a gift for any comedy: witness Izzy’s line, “That last chorus of Fame shredded my larynx.”  It would be interesting to see how the accent plays in the metropolis.

Painting a Picture for the World

Third and last, we have another two-hander, written by Dave Pitt.  The setting is the neat but sparse boudoir of one of your higher-class prostitutes.  Kitty (Jessica Melia) admits her latest ‘trick’, Mark (Damien Dickens), a nervous fellow who just wants ‘to talk’.  And so begins an exchange of observations rather than bodily fluids, the upshot of which is that money can’t buy you love.  Well, we could have told him that from the start.  The play does provide something of a window into the world of the working girl but comes across as an interview rather than a conversation.  Melia cuts a sympathetic figure and Dickens gets Mark’s awkwardness across, but we know he’s going to go away unsatisfied.  The tart with a heart pecks him on the cheek ‘for free’ and he shuffles out.  The session peters out and the play ends.  Nicely played but with no real pay-off.

All-in-all, a fresh and delightful afternoon of brand-new writing.  Perhaps Gritty Theatre have played it safe this time around but I look forward to seeing more of their work. 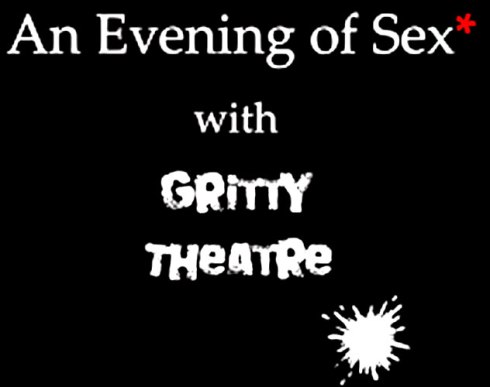 Alan Bennett’s widely acclaimed play, examining approaches to and effects of education, is presented in this excellent production by Birmingham’s little gem of a theatre.  The house was full for this performance and I believe everyone went away happy and perhaps even edified a little.

The Headmaster of this fictional school is all too recognisable from life, fixated as he is by league tables and his obsession with being able to quantify everything.  He recruits Irwin, a supply teacher to help prepare a bunch of high fliers for their Oxbridge entrance exam.  Irwin’s methods are at odds with those of General Studies teacher, Hector, who sees education as enrichment for life rather than a means to jump over prescribed hurdles. The boys themselves come to appreciate the contrast in their deliveries, on their way to becoming rounded individuals and/or members of the academic elite.

Bennett treats us to comedy high and low.  One scene, in schoolboy French, is particularly funny, as the boys enact a transaction in a brothel.  Other moments are more subtle; and among the humour there are also moments of pathos.  Of all the boys Michael Jenkins shines as sensitive, lovelorn Posner, in a detailed and layered performance.  Jenkins’s singing voice is a particular asset for this production.  This is a young man with a future in musical theatre or there is no justice in the world.   Other standouts are David Harvey as Scripps, whose narration is assured and philosophical.  I also liked Scott Richards’s Lockwood and Gwill Milton’s Timms.  Robert Dean grows into the cockiness of school stud Dakin but needs to be more at home in himself from the outset, and Dominic Thompson needs to slow down his delivery of Rudge’s punchlines at times in order to maximise their effect.

Alan Marshall is a wonderful Hector, warm and funny, he holds the audience in his thrall as much as his charges.  The fact that his approach to education (along with his groping of the boys on his motorcycle) is damaging to the young men is treated largely as an undercurrent, balanced against preparation for exams as too limiting a function of the education system.

As young Irwin, Mark Payne is equally good, dazzling in the classroom, nervous and out of his depth outside of lessons. Annie Harris gives solid support as Mrs Lintott, who gets the choicest words to shout out in the staff room, and Brian Wilson is suitably uptight as the results-driven Headmaster.

There are a few moments when the energy of some scenes seems to drop but for the most part, director Ian Robert Moule gets the tone just right.  Keith Harris’s multi-levelled set allows for swift and efficient transitions, accompanied by bursts of 80s hits to remind us we are looking back, just as the boys are looking back in their history classes.

Set in the 1980s, the play is still all too relevant today, considering we have a Minister for Education who seems to equate memory with achievement.  Sad to relate, only one point made seems to have been overridden: there are now female historians on the telly – Bennett did not foresee the advent of Mary Beard.