Erica Whyman’s new production of Shakespeare’s evergreen tragedy has a contemporary if abstract setting.  Her Verona is a place of rusting plate metal, with a multi-purpose construction at the centre, a hollow cube providing a raised level (the balcony) and an interior (the Friar’s cell).  It’s a stark and grim place against which the heightened emotions of the hot-blooded citizens are played out.  It’s a world of hoodies and sweatshirts, skinny-fit jeans – in fact, when it begins, the Prologue is shared by a chorus of youngsters and it’s all a bit performing arts college.  The casting is diverse and gender fluid, reflecting the UK today, supposedly, in order that youngsters coming to the play fresh will recognise themselves in the characters… What is unrecognisable about this on-trend milieu is the lack of mobile phones, the prism through which young people view the world and each other.

The design choices I can’t take to, but the acting is in general very good and in parts excellent.  Bally Gill’s Romeo is flighty and cocky – Whyman brings out the humour of him, so we take to him immediately, and he is more than a match for Charlotte Josephine as Mercutio, traditionally the ‘funny one’.  Josephine’s mercurial Mercutio is a ladette, with all the swagger and voice patterns of a cheeky teenage shoplifter on Albert Square.  It’s a very yoof-oriented performance, at odds with the accents and mannerisms of the rest of the gang.

Karen Fishwick’s Juliet has a Scottish brogue and is brimming with the youthful passion of a teenager in love.  She and Gill are a good match.  As Capulet, Juliet’s dad, Michael Hodgson is a little too staccato in his anger, while his Mrs (Mariam Haque) is steely-eyed and steadfast in her lust for vengeance.  Raphael Sowole is an imposing Tybalt – his fatal scrap with this Mercutio pushes the show’s fluid approach to casting to the limit, making Tybalt seem dishonourable in my view.  Later, he and other dead characters creep inexorably across the stage, like zombies playing Grandmother’s Footsteps – initially an effective idea but it becomes distracting from the main event at Juliet’s bier.

Andrew French is a wise and sympathetic Friar Laurence, but it is the magnificent Ishia Bennison who comes off best in a hilarious characterisation of the Nurse, perfectly delivering her sauciness, her garrulousness, alongside her deep-felt affection for Juliet.

There is much to enjoy and appreciate here, more than compensating for the decisions that don’t quite pay off.  Sophie Cotton’s original compositions are contemporary and atmospheric, and Charles Balfour’s starry lighting beautifies the industrial setting.

If the production does speak to the young members of the audience, perhaps it says something to them about knife crime and partisan gang culture.  To us slightly older others, it’s a strong rendition of an old favourite, with some hit-and-miss ideas, and some pulsating, bass-heavy dance music that can’t be over too soon. 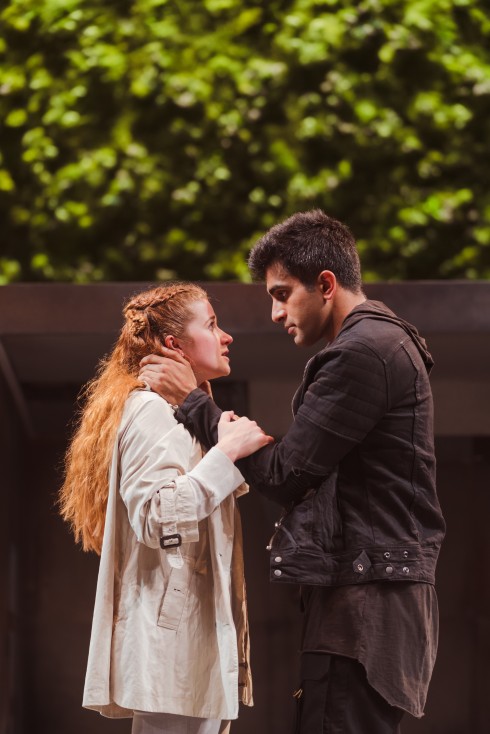