Based on a thirteenth century Chinese drama, this new production brings the story of The Injustice to Dou E that Moved Heaven and Earth (no, me neither) bang up to date with a fresh and lively script by Frances Ya-Chu Cowhig.  Set in contemporary China with its curious blend of progressive and traditional elements, where a burgeoning capitalist economy vies with pre-Cultural Revolution superstition, the story is a visceral revenge tragedy with supernatural elements that feels at home at the RSC.

Sweet and charming Dou Yi (Katie Leung) returns from the grave as a vengeful spirit seeking justice.  It emerges that she was framed for murder and executed by firing squad, her body harvested for organs for transplant operations.  Dou Yi seeks retribution and to be laid to rest. Stalking around in a white, long-sleeved gown, Leung cuts a spooky dash, familiar to us from Asian horror films.  As the mystery unfolds, we are gripped by the action, not least because of the ghost’s relationship with young Fei-Fei (a remarkable Sophie Wong) in some chilling scenes.

At the centre of the plot is handsome Colin Ryan as Handsome Zhang, a young entrepreneur, and his handsome boyfriend, handsome Rocket (Andrew Leung).  This is the face of a new China but the machinations of the story are rooted in tradition and cultural convention.  Andrew Leung is an appealing figure – the recipient of a heart transplant from guess who – but it is Ryan who knocks our socks off, as his life unravels and he takes drastic, final action.

Also excellent is Sarah Lam as Handsome’s former wet nurse, beginning as an amusing character part to a heart-rending (I use the word carefully) participant in the unfolding tragedy.  Wendy Kweh cuts an elegant figure as businesswoman Tianyun – there is a message here that the cost of a growing economy is paid by the environment – and much of the humour of the piece stems from the likes of Jonathan Raggett as a sexually frustrated Officer.

Director Justin Audibert blends the contemporary with the traditional in a melting pot of styles, juxtaposing naturalistic playing with more melodramatic posturing.  Anna Watson’s lighting uses modern strip-lighting to great effect.  A couple of supernatural escorts in animal masks who take the dead to the afterlife epitomise this fusion of the old and the new.  Atmospheric music by Ruth Chan is performed live by a tight ensemble – pulsating modern rhythms, traditional Chinese instruments, underscore the action and help to create both the world on the stage and the moods of the scenes.

Engaging from the off, gripping and powerful, this is splendid entertainment and a refreshing glimpse at China’s changing culture.   Dou Yi’s story tells us the truth will out, consequences must be answered and this is a compelling metaphor for our treatment of the planet.  Mother Nature’s vengeance will be no less savage and complete.   Even the show’s title is an indictment of climate change! 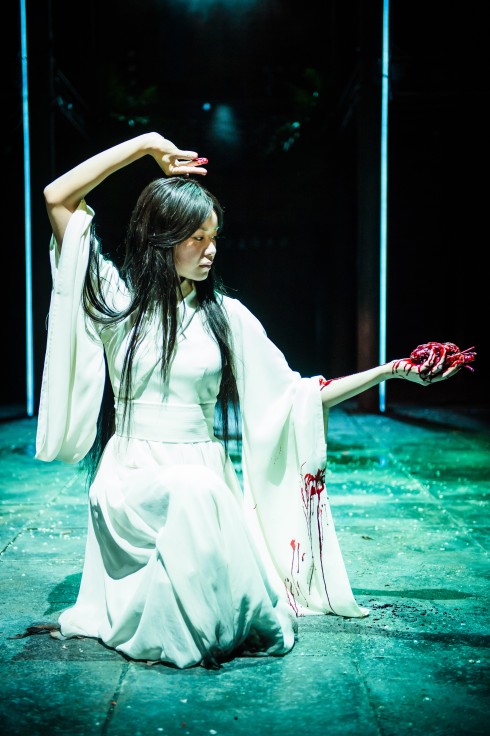