To the infectious strains of the bustling overture, courtiers in evening dress play out scenes of drunkenness and indulgence.  One figure stands out.  Not only does he not join in, he is trapped and seeking an escape.

So begins English Touring Opera’s production of Mozart’s final work for the stage.  Whenever I see this piece, I look forward to the opening.  How will they do the serpent (or ‘monster’) that is chasing the Prince?  I’ve seen puppets.  I’ve seen a man in a kind of Godzilla costume.  Here, director Liam Steel opts for a very human giant snake, a conga line of courtiers that back Tamino against a wall.  It’s symbolic of his desire to quit the hedonistic lifestyle that threatens to consume him.  I think.

The fariytale story is played out on a set with three levels and lots of doors.  It’s like a darkened room in a stately home – a haunted house: hands pop up through little trapdoors to bring on a range of props, like Thing in The Addams Family.  The set fits some parts of the story better than others.  The scene where Tamino summons woodland creatures loses its magic when its just the courtiers in masquerade.  The Queen of the Night steps through a large mirror and fills the stage with the train of her dress in a spectacular moment but at other times the action seems confined by its interior-ness, and too housebound.  Also, the raised levels of the stage seem to amplify every footfall – it’s very noisy.

Nicholas Sharratt is a dependable Tamino and there is enjoyable interplay between him and Wyn Penacregg’s Papageno.  The first act is a lot of fun.  The Queen’s three ladies (Camilla Roberts, Amy J Payne, Helen Johnson) camp it up nicely in contrast with the staid and pompous goings on in the Temple during the second act.  With spoken dialogue rather than recitative, it soon becomes apparent who are the stronger actors.

As bird-catcher Papageno, Wyn Penacregg is a constant delight, using his Welsh accent to support the comedy of his lines.  His duet with Pamina (Anna Patalong) is just lovely, and both arias by Laure Meloy’s Queen are highlights.  Under the baton of Michael Rosewell, the orchestra plays spiritedly, although I feel the scene where Papgeno contemplates suicide is a little rushed.  The most beautiful moment is the achingly poignant aria by Pamina, when she can’t understand why Tamino won’t speak to her (he’s being tested, you see, as part of the initiation into a kind of masonic cult).  Anna Patalong is heartbreakingly good here.

Andrew Slater’s Sarastro, the cult leader, is competent, like a stern uncle, but doesn’t get the hairs on your neck stirring with his big bass moments – and I think that’s symptomatic of the production as a whole.  It’s well presented and performed but lacks that spark of magic to enchant us and help us overlook the ropeyness of Schikaneder’s plot. 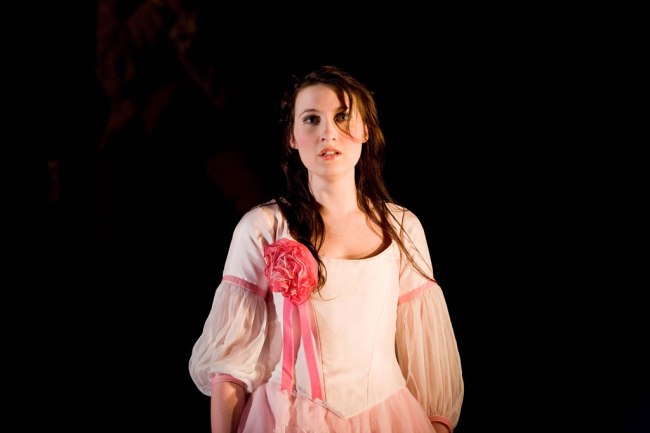