THE HERESY OF LOVE
The Swan Theatre, Stratford upon Avon, Wednesday 29th February, 2012

Men are bastards, aren’t they? And religious men are even worse. Helen Edmundson’s new play upholds this view – in all fairness, some of the female characters don’t come out of things smelling of roses either.

The play tells the story of real life nun, Sister Juana, who lived in Mexico in the 17th Century. This was her first mistake. Ahead of her time and out of place, she was never going to sit comfortably with the establishment. As a bespoke poet and playwright, she becomes the darling of the court, thanks to the blind eye of her remarkably lenient holy order, until the investiture of a bigoted new archbishop leads to a clamp down on such lapses and a tightening up of the rules. And so the backlash against Sister Juana begins and eventually she loses everything and dies of the plague.

Religion is an instrument of power – of male power – and of course, a brainy, insightful and witty nun presents a threat to the established order (in more than one sense of the word). She becomes a tool in the machinations of slimy and seductive bishop Santa Cruz (the eminently watchable Raymond Coulthard, playing a Machiavellian version of his Duke in the current Measure For Measure).

Catherine McCormack portrays the decline of Sister Juana from the confident, slightly superior young nun (imagine Julie Andrews’s Maria without the clumsiness) to the broken, betrayed woman she becomes with an assurance that gives way to anguish. It is a powerful performance. Her scenes with Coulthard are the highlight of this often intense production.

I say “often intense” because the thing is somewhat too long. It overran its advertised two hours and forty five minutes by quarter of an hour. Director Nancy Meckler could do a spot of trimming or at least pick up the pace in certain scenes.

The writing has a Shakespearean feel to it without resorting to thees, thous and verilys. Edmundson gives the play a historical air by capturing the cadence of Shakespeare. Bishop Santa Cruz even gets a couple of soliloquies in which his secret desires and, later, his villainy are revealed. Themes of church and state, male and female, freedom of expression are all argued out intelligently and eloquently, and the issues are refreshingly not presented in a black-and-white fashion. Whatever side of the fence you sit on, you can see the point the opposition is making. The archbishop (a brooding Stephen Boxer) is a little hard to take though. He’s a grumpy old bigot who wears a hair shirt and is into the bonkers practice of self-flagellation. He can’t even bring himself to look at women. He removes his spectacles lest his sight be tainted by any female in his path. I suppose you can get away with such behaviour if it is done in God’s name. Religion has been – and still can be – a form of female oppression. Before she dies, off-stage, Juana writes one last document to be waved in the air by triumphant comic slave Juanita (Dona Croll). “She has written my freedom!” Juanita cries out in celebration, as though speaking for all women. A little over-optimistic there, love. Whatever her accomplishments, Sister Juana hardly turned the tide. 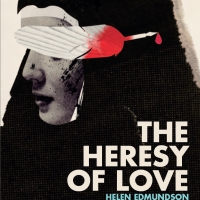 Novelist (Brough & Miller, sci fi, historical fantasy) Theatre critic http://williamstaffordnovelist.wordpress.com/ http://www.amazon.co.uk/-/e/B008AD0YGO and Actor - I can often be found walking the streets of Stratford upon Avon in the guise of the Bard! END_OF_DOCUMENT_TOKEN_TO_BE_REPLACED
This entry was posted on Thursday, March 1st, 2012 at 9:06 am and tagged with Catherine McCormack, Helen Edmundson, Raymond Coulthard, review, RSC, Sister Juana, Stephen Boxer, The Heresy of Love and posted in Theatre Review. You can follow any responses to this entry through the RSS 2.0 feed.
« On Queer Street
Real Depth »